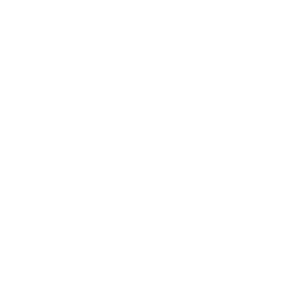 "Am I Saved? What Does That Even Mean?"

Part 1: Am I Saved? What Does That Even Mean?

Attached below are the notes from this message. Follow along with Pastor Nick as he navigates us through the scriptures.

At the bottom of the notes you will see an "add notes" button. You can add notes yourself and save or print them.

1 Corinthians 1:18 “For the message of the cross is foolishness to those who are perishing, but to us who are being saved it is the power of God.” (NKJV)

1 Corinthians 3:15 “If anyone’s work is burned, he will suffer loss; but he himself will be saved, yet as through fire.” (NKJV)

Ephesians 2:8-9 “For by grace you have been saved through faith, and that not of yourselves; it is the gift of God.” (NKJV)

1 Corinthians 15:52-53 “in a flash, in the twinkling of an eye, at the last trumpet. For the trumpet will sound, the dead will be raised imperishable, and we will be changed. For the perishable must clothe itself with the imperishable, and the mortal with immortality.” (NIV)

James 1:21 “Therefore lay aside all filthiness and overflow of wickedness, and receive with meekness the implanted word, which is able to save your souls.” (NKJV)

Romans 6:23 “For the wages of sin is death, but the gift of God is eternal life in Christ Jesus our Lord.” (NKJV)

1 John 2:25 “And this is the promise that He has promised us—eternal life” (NKJV)

Acts 13:38 “Therefore let it be known to you, brethren, that through this Man is preached to you the forgiveness of your sins;” (NKJV)

Jeremiah 31:34 “No more shall every man teach his neighbor, and every man his brother, saying, ‘Know the Lord,’ for they shall know Me, from the least of them to the greatest of them, says the Lord. For I will forgive their iniquity; and their sin I will remember no more” (NKJV)

Psalm 103:12 “As far as the east is from the west, so far has He removed our transgressions from us” (NKJV)

Romans 3:24 “being justified freely by His grace through the redemption that is in Christ Jesus” (NKJV)

Romans 4:3 “For what does the Scripture say? ‘Abraham believed God, and it was accounted to him for righteousness.” (NKJV)

2 Corinthians 5:21 “For He made Him who knew no sin to be sin for us, that we might become the righteousness of God in Him.” (NKJV)

1 Corinthians 6:19-20 “Or do you not know that your body is the temple of the Holy Spirit who is in you, whom you have from God, and you are not your own. For you were bought at a price; therefore glorify God in your body and in your spirit, which are God’s” (NKJV)

Matthew 7:21-23 “Not everyone who says to Me, ‘Lord, Lord,’ shall enter the kingdom of heaven, but he who does the will of My Father in heaven. Many will say to Me in that day, ‘Lord, Lord, have we not prophesied in Your name, cast out demons in Your name, and done many wonders in Your name?’ And then I will declare to them, ‘I never knew you; depart from Me, you who practice lawlessness!’” (NKJV)

Know Him and Make Him Known